It was a proud moment for the Procept team, as the Chairperson of Defence Innovations, Warren Canning, handed over the NIFTI system to the Royal Australian Air Force (RAAF).

NIFTI is a Non-Intrusive Flight Test Instrumentation system that will revolutionise the way RAAF tests and evaluates aircraft: the system does not require any aircraft modifications and can be installed and removed in hours, a procedure that normally takes months using traditional methods.

“The system was a true collaboration requiring a broad range of expertise from Procept, AADI Defence, DST Group, RAAF Air Warfare Centre and our various industry partners.  The system has a huge amount of technology and manufacturing know how packed into a very small footprint.” said Aaron Maher, Managing Director of Procept.

The handover occurred during SCINDICATE 2018 in the presence of the Minister of Defence, the Hon Christopher Pyne MP. “Conventional flight tests can be costly and involve extended periods of downtime for aircrafts to be modified and fitted with various test instruments” Minister Pyne said.

“This state-of-the-art wireless system has the ability to carry out in-flight tests without the need for time-consuming aircraft modifications.”

NIFTI’s non-intrusive wireless sensors allow for rapid install and decommissioning, reducing the cost to instrument an aircraft for flight trials. NIFTI can be integrated with aircraft systems or configured to be stand alone for use on classified platforms.

Minister Pyne went on to talk about the impressive achievements of NIFTI including its extreme reduction in the down-time of flight testing and cost saving abilities.

“This is another impressive example of an innovative technology transitioning to Defence capability.” 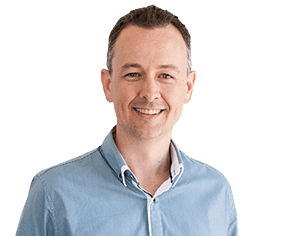 Aaron is one of Procept’s founders and a passionate technology entrepreneur. He brings a wealth of knowledge and leadership experience to our … Read full bio

Managing Director & Co-Founder Aaron is one of Procept’s founders and a passionate technology entrepreneur. He brings a wealth of knowledge and leadership experience to our product development work with a particular eye on helping our customers through the journey of commercialisation. Aaron has over 15 years experience across wireless network design, test engineering and mass manufacture. He uses his experience of the entire development process to deliver successful products for our customers, providing a safe pair of hands from design all the way through to manufacturing and support.

Keep up to date with the latest product development tips and advice.

Just the odd newsletter, tips and advice, no spam.